Devkund Waterfall - What to know before you Go- 2020 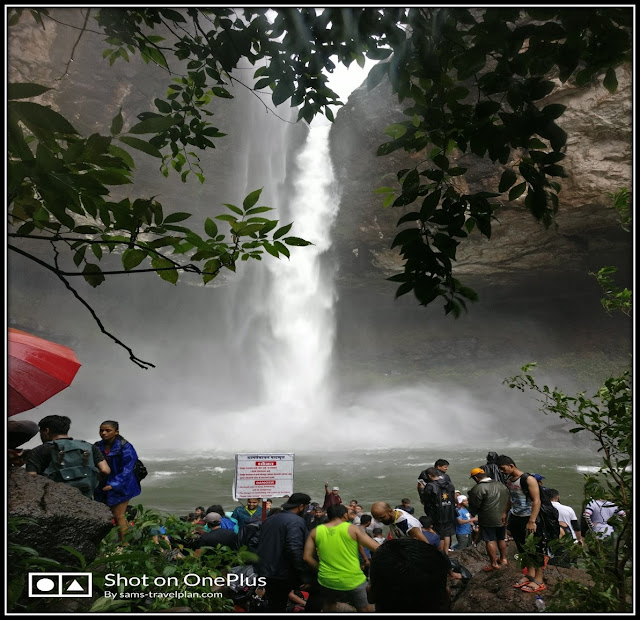 Devkund (Dev means God and Kund means Reservior) is hidden waterfall which is less known and more Nailing. It is ‘plunge’ waterfall pouring massive amount of water on rocky surface. The place is till date so true to its name. It is confluence of three waterfalls and it is said to be the origin of Kundalika River. It is located in Bhira Patnus and recently went viral on social media. Recently It has become more popular and one of the crowded place. Several live has been lost as some armatures tried to visit without knowing anything. It is three hours trek from base village passing through back water to reach ‘Devkund’.

HOW TO REACH DEVKUND
Devkund is close to 170 km from Mumbai and 100 km from Pune. One can take direct train to Karjat, Khopoli from Major cities like Mumbai, Pune and Nashik which is further connected to other cities of Maharashtra state in India, then travel to Pali by bus and from there again to Bhira village which is base village of this trek. Traveling with own vehicle can also be good option and time consuming. From Mumbai you can drive to Khopoli-Pali-Bhira. From Pune you can drive to Tamhini ghat and then to Bhira village. ( From Khopoli to till Bhira bus fare goes upto 60 to 70 rs one way).

After getting in touch with social media I found Devkund a hidden waterfall from Bhira village which is less known and more graceful. I goggled more about this hidden trek and found  one of the mesmerizing trek from Maharashtra and went on my bucket list. I started collecting information to reach there and also heard that though it is mesmerizing it is also dangerous as several live has lost there. I gathered more information from people who have been visited there. I found it is safe if we go with proper information. It was monsoon when we made plan to head to Devkund.
Being frequent traveller I usually prefer to travel by bike which is money saving and also time consuming for me. So this time also I took my Honda shine and Activa along with my 3 more group mate travelled to Devkund via Khopoli Pali road. It took us 2 and half hours to reach Pali as road ahead of Imagica on Pali road is under construction. As we were reaching Bhira village there were so many bikers and cars on the way to Bhira. Those crowd was only for hidden trek. We reached Bhira village and parked our vehicle at one corner. After reaching near to Devkund we all were so happy but here comes some twist in story. There was huge queue of people coming for Devkund at entrance of the forest where start point of trek lies and those people were disappointed. When we went to check what has happened, there were few police in front and said us due to huge crowd near to waterfall area we are sealing off tourist to enter. All our happiness was gone till now. As like other treks in monsoon Devkund can one of those trek that can be done in heavy rain but our prediction was wrong After sometime everyone tried to request police as they had come from far away that too with long trouble wherein few travel companies came with their group, after 10 minutes they showed their kindness and asked us to move in queue towards our landing place, and our happiness started recovering. (Message to take is avoid going in heavy rain as chances of road blocks and trek closed are more because of water flow).
Moving further we started our trek through dense forest where the walking trail is as narrow as people have to hold each other while passing to those who are coming from opposite direction. Initial 45 minute trek is through dense forest and some vast area that also passes through Bhira dam with marvellous view of back water on left side. People also do camping near to this back water in other season as view of surrounding is amazing. This trail is well marked with arrow so there is least chances of getting lost. Slight descent from here will take you along the banks of the reservoir from where the trail advances further into forest. In this 45 minutes trail you have to cross the river as increased in water flow was making it bit difficult. At one crossing there is one thick rope tied to cross this water streams, and at second river local villagers have put wooden bridge to cross Kundalika river that goes from this trail and  as only 3 to 4 persons at a time can pass through that bridge that takes some time when there is crowd. There was only lust greeneries wherever you keep your eyes that was putting a glimpse on our eyes.

After this trail route started climbing up for some more minutes. Though the climb isn’t steep, you may need good amount of energy. You may find small huts selling lemon juice and snacks. The climb is through dense forest hence little care needs to be taken while maneuvering. Once you start the trek I am pretty sure you will take photo session break for every 10 minutes as view are amazing filled with greeneries. Post completion of this climb a 10 minutes trail is open that passes through rocky patch and it also takes you to Beautiful waterfall called Devkund.

Locals have marked line of control bisecting the pond. Swimming in the first half of bisection is allowed. No one is allowed to go to the point where water streams directly hits the ground as the depth over there is around 60 feet and there have been incidences of visitors drowning in it. We stayed here for sometime to enjoy what we had come for.
we started return journey since we had to reach before sun set. While reaching waterfall it was raining due to which we could not click much photos. You can carry some food and water along with you which will help to keep you energetic. There are home-made food option that are available at base village. This is the end of our trek. This is one of the advent
Our total expenses being couple was:
Petrol- 650
Food-250
Entry fees-100(per head 50)
Guide is not mandatory, one can go on own.

some of the memories of trek 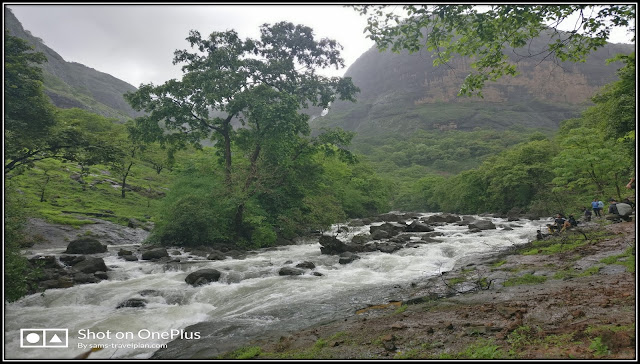 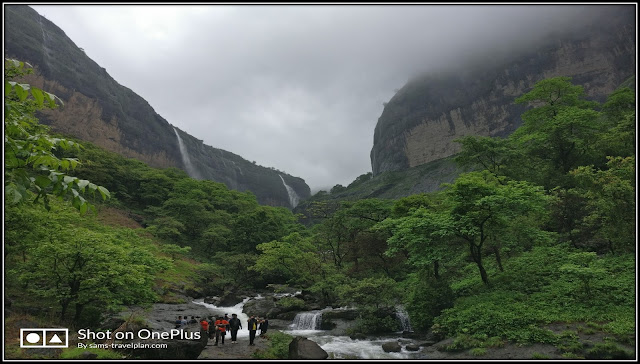 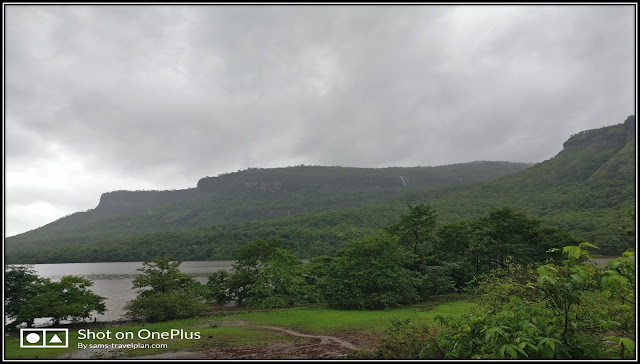 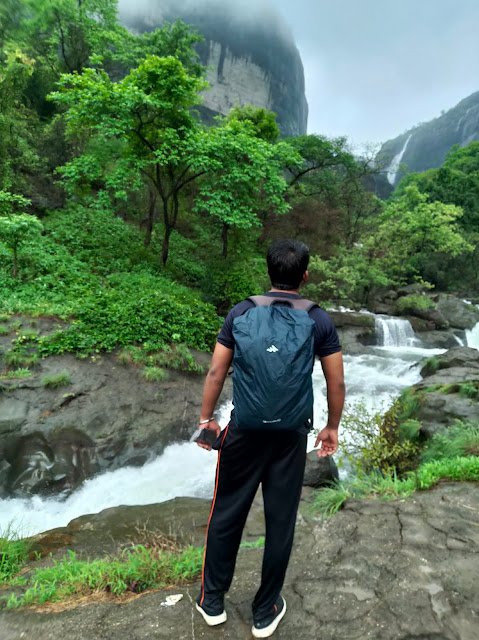 IDEAL TIME TO VISIT DEVKUND TREK
It is best to go during the monsoon. Temperature is on lower side and the atmosphere is perfect for trek. Avoid going in heavy monsoon as locals closes the trek. Post monsoon up to February month you can visit there to witness waterfall. Apart from temperature you can also visit there if one wants to do camping near back water.

Do plan for this hidden trek, enjoy your adventure and do follow me by mail for more treks information.