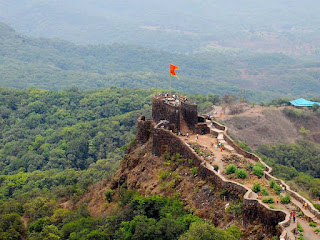 Satara is a city located in the Satara District of Maharashtra state of India, near the confluence of the river Krishna and its tributary, the Venna. The city
was established in the 16th century and was the seat of the Raja of Satara, Chhatrapati Shahu. It is the headquarters of Satara Tehsil,as well as the Satara District. The city gets its name from the seven forts (Sat-Tara) which are around the city.

It lies in the Satara District. Satara city is surrounded by seven mountains. Satara lies on the slope of Ajinkyatara fort. It lies on the western side of the Deccan Plateau. Pune and Solapur are the main cities close to Satara.The city is surrounded by the tehsils of Koregaon on the West, Karad and Patan on the South, Jawali on the East and Wai on the North. National Highway 48 passes through Satara, between Karad and Khandala.Kaas Plateau, a valley of flowers, is situated 25 kms away from Satara .Water from the Kaas lake is supplied to Satara city for drinking purposes.