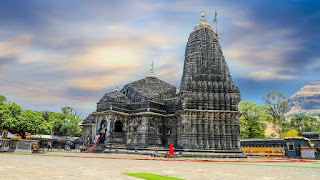 Nashik is a city in western India in the state of Maharashtra. Nashik is located in the north-west of Maharashtra, 171 km (106 mi) from Mumbai and 210 km (130 mi) from Pune.It is the biggest city of North Maharashtra and 11th most populated district in India with a population of 6,109,052. and 14th most populated city of India
Nashik is a located on the banks of the Godavari River, the holy river which flows through old Nashik. Nasik is the highest producer of grapes in India along with onions. The Nassak Diamond, derives its name from the fact that it long remained in the Trimbakeshwar Shiva Temple, near Nashik. The Godavari River flows through Nashik from its source, which lies to the southwest of the city, in Trimbakeshwar.
Subsequently ranked as fourth fastest growing city of India and sixteenth of the world, Nashik won Best Tourist Friendly City of India, Nashik is known for its pleasant climate, picturesque surroundings and greenery. It is the third largest city of Maharshtra after Mumbai and Pune.
The city got its present name in 1818 when the Peshwas got control of the city.The Peshwa rule however, did not last long and the British captured Nashik in the very same year. In 1840, one of the first modern libraries of Maharashtra (then, the Presidency of Bombay) was founded at Nashik.

After the fall of the Satavahana empire, the Abhiras or Ahirs ruled in the north east and the Chutus in Maharashtra and Kuntala. The Puranas state that ten Abhiras ruled for, 67 years. The Nasik inscription peaks of king Madhuriputra Ishvarasena, the Abhir and a son of Shivadatla. This dynasty originated in A. D. 249-50, an era called Kalachuri or Chedi in later times. Nashik host one of the largest religious gathering in the world known as Maha Kumbh. Kumbh mela (festival) is celebrated once in twelve years. The Ardh (half) Kumbh Mela is celebrated every six years at Haridwar and Allahabad, the Purna (complete) Kumbh takes place every twelve years at four places in Allahabad, Haridwar, Ujjain, and Nashik. Previous kumbh mela was in year 2003. Next kumbh mela will be held from August 15 to September 13 in 2015.

Nashik’s Ozar Airport is located at a distance of 24 km (15 mi) from the city center. [Deccan Airways] used to operate flights to Mumbai from a couple of years ago which were later taken off due to lack of passengers and will operate soon after upgradation to an airport with international standards. Nashik has another airport at Gandhinagar with a shorter runway and hence unfit for modern-day passenger aircraft. The government run Vayudoot used an operate a service to Mumbai from this Gandhinagar Airport during the 1980s. A new Passenger Terminal at Ozar is under construction. Also there is a cargo airport at Ozar. A military airport is present in Deolali Cantonment.

Road:
Nashik is on the intersection of two National Highways: the Mumbai–Agra Highway NH-3 and the Nashik–Pune Highway NH-50. Apart from these, other major cities like Aurangabad are connected via a state highway. Nashik is easily accessible by road from Gujarat state in western India. There are other numerous State Highways which offer very good road connectivity to Nashik.Nasik is well connected to Mumbai through Mumbai Nashik Expressway which is a part of Mumbai-Agra Highway (NH3)connects Dhule and Indore to the city on the other side of the highway.Pune is connected through NH 50 which is to be upgraded into a four lane road soon.Condition of Internal city roads are very poor.

Nashik is considered as a shoppers delight which offers various handicrafts, souvenir items, silver articles, traditional copper artifacts and brass statutes. Chivda grapes and wines are the other important items to buy from this wine city. Besides the shops, the city is also surrounded by numerous eateries, restaurants and bars.